What do those who have everything get?

If you’re Mother Nature and it’s up to Joseph Stella, you’re getting more embellishments.

The modernist painter, known for his futuristic depictions of bridges, towers and factories, was the last to paint lotus flowers, songbirds and trees in vibrant colors. The Norton Museum has done just that with the show Joseph Stella: Visionary Nature.

Comprised of approximately 90 paintings and works on paper, it is the first large-scale museum exhibition to explore a series of rarely seen, nature-inspired works by this Italian-born artist. You can see why Stella’s representations don’t fit into traditional landscape displays. The wild ecosystems he depicts are rooted in energy and beauty rather than realism.

Visitors’ attention is captured from the moment they enter the first gallery and recognize the psychedelic map that emerges from “Tree of My Life” (the show’s biggest piece). It is unlike any portrait of nature we have ever seen. Imagine Hieronymus Bosch’s “The Garden of Earthly Delights”. Intertwined floral motifs pulsating with vibrant colors cover every inch of the surface and threaten to smother the sturdy olive tree at the center of the canvas. Its tallest branches improvise a plinth that holds a delicate glass sphere that is obviously of great importance. It may tell the future. It may be that the artist’s soul is infused. 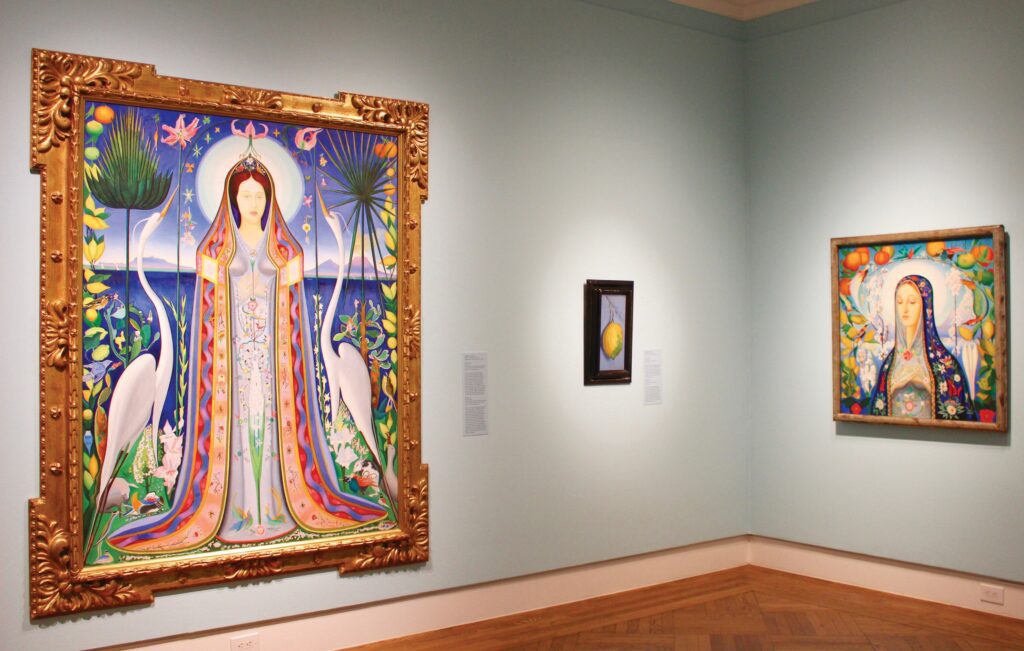 The iPad next to it expands the image of one symbol at a time. A recurring theme in Stella’s work and in this show, the swan embodies the sacred spiritual world, and the red lily growing at the base of the trunk represents, according to the artist’s notes, the “seal of regenerated blood.” He completed this painting in 1919, shortly after making one of his most famous industrial landscapes of the Brooklyn Bridge. His ability to produce two striking and distinctive works almost simultaneously is a testament to his artistic agility. 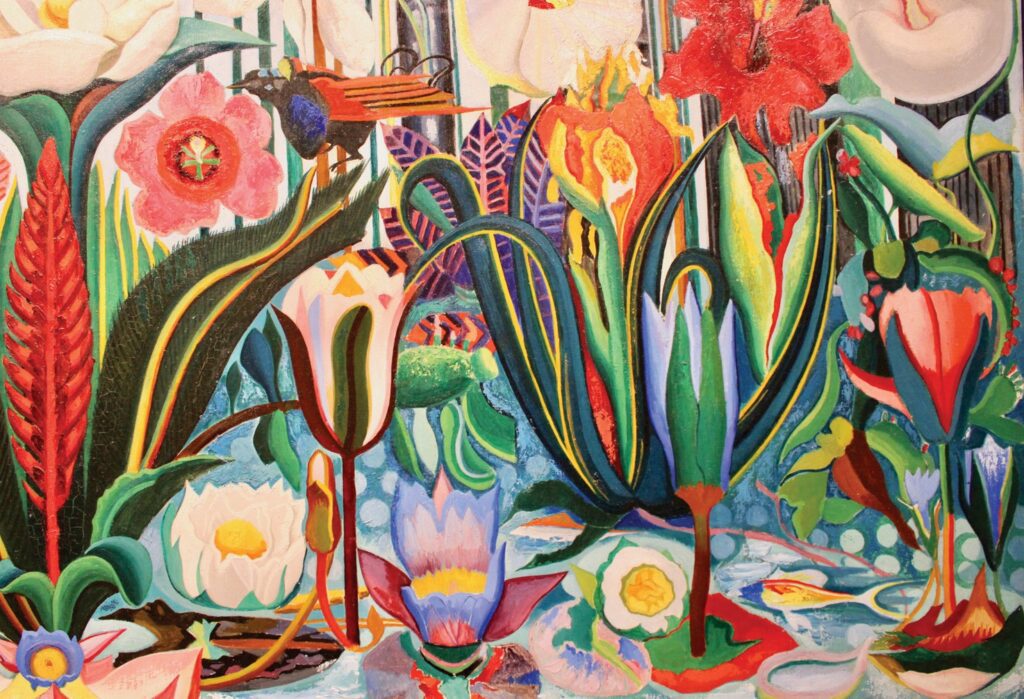 Born in the southern village of Muro Lucano, a two-hour drive from Naples, Stella fell in love with American industry after moving to New York in 1896 at age 18. Life in the bustling metropolis brought him fame and also made him crave greener landscapes. Throughout his life, Stella cycled between fast-paced cities and the Italian countryside, with occasional visits to Paris, where he was exposed to Fauvism, Cubism and Futurism. Wanting a mechanism to lighten the weight of the city, he decided to design it himself. His unlikely combination of goldfish, peacocks, Italian mountains, and possibly religious figures such as the Madonna make his natural world one of a kind.

Listening to Norton’s American art curator Ellen Roberts explain during a gallery tour, Stella explores how to leave a mark on exhausting topics “by combining elements of nature that don’t come together in real life.” I found. 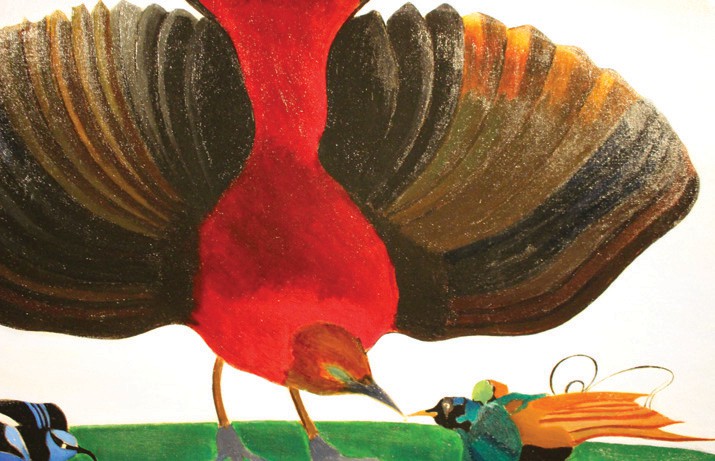 Detail from “Birds on the Lyre” (c.1925), by Joseph Stella.Gretel Sarmiento / Florida Weekly

This surreal combination can also be seen in the large-scale allegorical painting “Purishima”. It emphasizes the holiness of the Virgin Mary by dressing her in a floral structural cloak and giving it a distinct halo. The central figure is flat, rigid, and expressionless, in keeping with 15th-century Italian painting and Catholic iconography. In contrast, the environment around her is growing and thriving, suggesting fertility rather than purity. Birds inhabit the scenery like another world.

Here, as in other works on display, Stella goes to extreme lengths to refresh the façade of a tired subject. Weaving tapestries and carving small works for himself, he balances his gloomy city life. 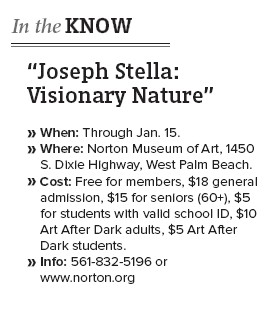 The extensive selection of lotuses and lilies on display suggests that Asian art may have influenced him at some point. Another question she’s been asked lately is whether there’s any connection between the artist and Frank Stella, an American painter known for his geometric patterns and minimalist abstractions. It’s a simple no.

Running until January 15th, ‘Visionary Nature’ competes with highly intricate works of flora and fauna that erupt from side to side in exquisite detail. It presents Stella’s vision of nature as a highly accurate and sometimes overwhelming fantasy. But it wasn’t always the case.

Rounding out the show in the final gallery is the reality of everyday life and ill health filtered through a series of loosely drawn floral paintings. They are simple and delicate, and stand as evidence of the artist’s willingness to continue creating, even if that means producing a leafless gray tree with no ornamentation, like the ‘banyan tree’. increase. Instead of the ornate, elaborate fallacies and her usual escapes to the sun and to the surface, Stella dives deeper in search of tranquility and fortitude. Here he found the ‘banyan tree’, a humble practice of freedom and acceptance. ¦