ABOUT SCOOCH: LIFT YOU UP – A GARDEN PLAYERS CONCERT
A fun, diverse, socially conscious, creative and interactive musical experience!

“Hugely hit it off.” – The London Times

Collaborations with The Scooches, Garden Players Kids and You
New York City’s The Scooches invites you to sing along, participate in group video productions, and experience music infused with global folk traditions, New Orleans influences and Gala Geechee culture, which incorporates 1920s music. You can

The Garden Players children sing We Are Monsters and invite the audience to join the Scootches: Stop This Climate and Change and Let’s Grow Our Roots Deep and True. 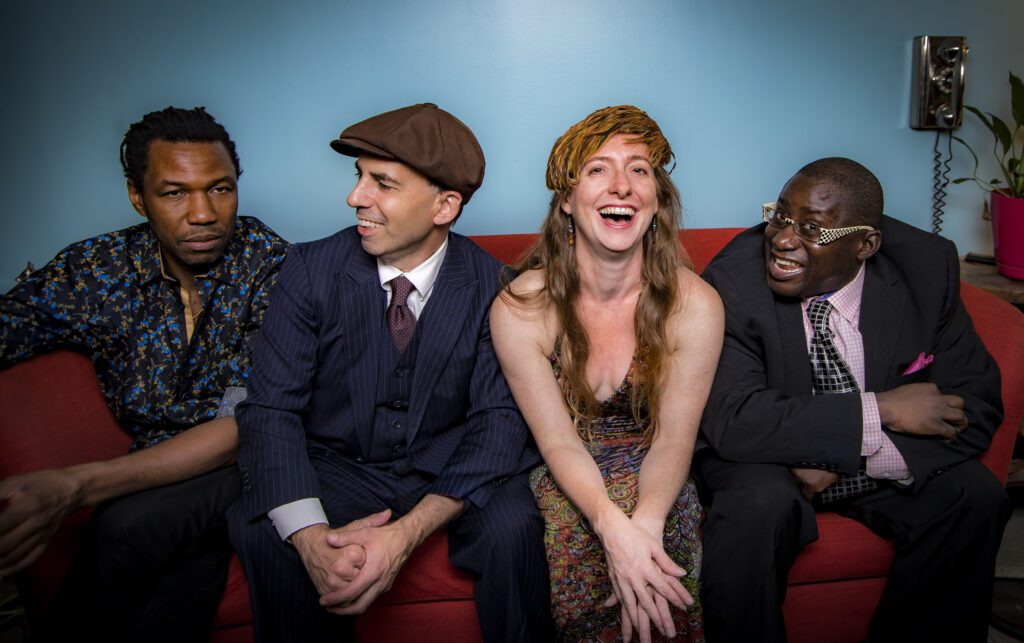 “This band is a melting pot of different cultures, genres, instruments and sounds,” says Russo. “My dream is for people of all races and origins to live and play together as one united race without fear, sharing the music and culture of different worlds.” The Scooches’ final album, Get Us Out Of Fearland (#2 on the International Folk DJ Charts), is the revival of what makes us all alive.

From September to May each year, we host a small in-class sharing day in December, a concert by a professional band in January, and a fully performed original musical in May.

Our mission is to foster social-emotional learning in children through community-centered, socially conscious, quality theater education and performance opportunities. The outcome of our work is children who are brave, creative, motivated and have learned to express their inner voice.
Tickets and more information are available at GardenPlayers.com.